Recently, several aerospace companies and billionaires have sent their own rockets up to space. The debates started before lift off… What is the definition of astronaut? What counts as “going to space”? The conversations were fast and furious, with many expressing frustration of billionaires using their money on what seemed as joy rides, rather than spend it on other Earth based causes. With all of the new recent launches, a long standing question has again been propelled forward into the mind of the public. Why waste money on space exploration, when there are so many problems here on Earth?

It is estimated that for humans to have first reached Australia approximately 65,000 years ago, they would have had to travel across vast bodies of open water. Much is unknown about how exactly they achieved this. Archaeologists and historians credit this as one of the first, remarkable achievements made by humans. While admirable today, their courage could also be described as reckless.

When these early humans set sail, they took incalculable risks. They had to weather the scorching sunlight that threatened them with dehydration. They had to accept sharp pangs of hunger due to a lack of assured food sources. They had to take on the challenges of navigation with primitive rafts… all with zero assurance that anything would meet them at their journey’s end.

Some people ask why we should waste money on space exploration when there are so many problems on Earth. The main answer seems to be embedded in our genetic code.

To explore is to be human. 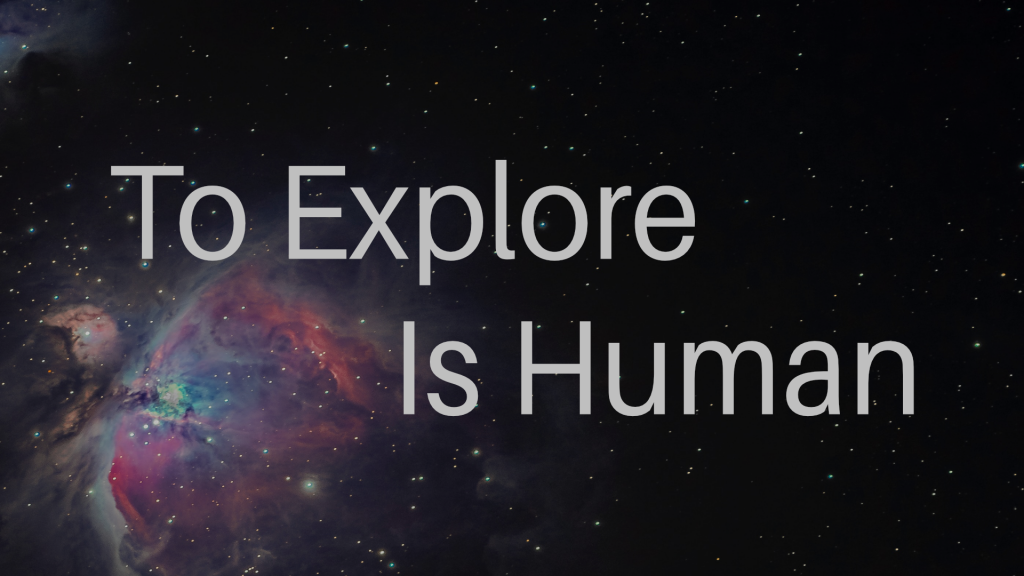 Even if we have no assurance of finding what we seek, the drive to discover the unknown is what has defined us as a species. Space missions are the next step in our evolution of exploration.

In addition to fulfilling a fundamental human need, our space programs have provided us with countless innovations in everyday life. As the saying goes, necessity is the mother of invention. From cell phone cameras to artificial limbs, our need to create innovative solutions for survival in harsh space has provided benefits found everywhere in society. Human nature is at its best when pushed to its creative limits.

With new private companies joining already established government programs in space, the opportunities become more numerous. Not only do we now have a blossoming tourism industry that will create countless new jobs, we also will have more facilities and vessels to do research and science. There also is the ability now for many people to go to space who may not have qualified to do so before. Now suddenly, there will be people from all paths of life, career backgrounds, and perspectives that can bring back to Earth the experience of the Overview Effect.

Life on Earth and our very civilization are indeed faced with many problems. These issues will take many years and societal changes to fix, if ever. However, it is our obligation to muster forward and remember that we are all one species on a shared planet. Our fate rests in our unity and our determination to discover the unknown. Just like those early humans who decided to sail into the unknown, we have no assurances we will find something on the other side of our ventures into space.

The cosmic waves call and we must go. Ultimately, what space exploration contributes to humanity is hope. Hope that when we set aside our differences and work on what can seem insurmountable, we can achieve the impossible.