The Ethics of Human Biological Enhancements 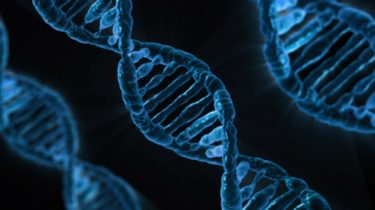 Alex Adranly shares his ethics & society case study, which he completed as part of our Young Scientist Program.

As human technology has grown, we have used it to control our environment. Now we
are entering the stage where we can use technology to enhance human biology. Humans may be able to avoid hazardous diseases altogether and be equipped with enhanced physical and mental traits suitable for the ultimate human prototype. Unfortunately, like every powerful technology, this ability to enhance human biology comes with a heavy price and a huge responsibility.

First, let us consider the stakeholders that are involved with human enhancements. The stakeholders are the different groups of organisms affected by human biology enhancements. Stakeholders generally include the human species, other animal species, and the environment. In order to assess the ethical implications, we must understand which stakeholder groups are advantaged or disadvantaged with respect to this technology. The power divided among these stakeholders is very imbalanced, given the human species controls the technology and receives the full benefit. The other animal species as well as the environment are completely subjugate, relying on the human stakeholders to share their advantage. This imbalance of power is important to recognize, because it can play into better understanding the ethical implications of this technology.

Aside from this difference in stakeholder power, we must also remember in reality that not each human is treated equally. The inequality within the human population can ethically taint the use of human biological enhancements. For instance, there is an underlying monetary issue. If human biological enhancements improve survivability but over expensive, it is only utilized by the upper class. For example, today only those who are wealthy can afford a LASIK surgery, while others must continue to use glasses or nothing. Even glasses are an expensive enhancement! If the decision is made that only the upper class can afford the technology, the human race becomes subject to a type of “survival of the richest,” which poses its own ethical qualms.

A popular example of this technology’s ethical standing lies in the designer baby debate. A designer baby is a baby that has been genetically modified in its embryonic state to prevent deadly diseases and improve its health overall. The ability to genetically modify a child is very beneficial because it can prevent the death of infants by disease. When genetic modification is used to develop functionality for the survival of the species, it appears ethical to push the technology further. As this genetic modification technology becomes more advanced, thanks in part to CRISPR Cas-9, there has been more talk of allowing parents to adjust other physical traits of their body such as their height, muscles, and hair color. This choice can seriously affect the child’s life. On one side, it appears ethical change a baby’s DNA to prevent cancers and diseases, but should a parent be the control to dictate the rest of their children’s life by giving them the ability to choose other, not life-threatening physical traits? Is it justifiable to give a parent the decision to physically alter their children to their preference? The ability for parents to dictate so much of their child’s life can seriously affect a child’s individuality and perception of freedom, and a parent’s perception of control.

When discussing the ethics of human augmentation, the ideal utility that humanity is trying to optimize is survivability. Therefore, when observing human augmentation from a utilitarianism perspective, any technology that improves human survival can be considered ethically good. Utilitarianism is focused mainly on the benefit of the majority of a group. From a utilitarian perspective, augmentation of human biology could be justified as long as most of the human population benefits from the augmentation. Relative to all the stakeholder groups, utilitarianism would still encourage human biology augmentation as long as a majority of the other stakeholder groups benefit as well. Although technologies such as LASIK and genetic modification are expensive, a utilitarian point of view would consider these good technologies since they both improve the ability for a human being to survive in the world. From this perspective, we can push as far as to say that we can continue to push the limits of human augmentation as long as the benefit of survival outweighs all other side-effects that promote the extinction of humanity. These side effects can include the “survival-of-the-richest” concept, discontinued sustainability of our planet, and the use of these technologies in conflict with our fellow man. Utilitarianism falls short, I believe, when we look at the actual utilization of the technology. For example, exoskeletons are beneficially used to help the disabled walk again. This technology is also used to enhance soldiers in combat. In both situations this technology is augmenting human survival, but the exoskeletons for combat are also made with the intent to help a person kill other people. Utilitarianism may approve of both scenarios because they are both meant to enhance survivability, but there is a cost to other humans that may inspire the average person to not agree that both these technologies are used ethically.

Unlike utilitarianism virtue ethics places an emphasis on the process of an ethical decision. From this perspective, it is important to justify that the rationale for human enhancements is ethical, and not just the output utility. Enhancing human biology fundamentally is the process of surpassing normal human limitation, so as long as this goal remains, the real ethical question is: where is it necessary to surpass normal human limitation? This perspective allows us to pay more attention to the details that utilitarianism ignores. Exoskeletons, for example, are enhancements that benefit the lives of many in different ways. Back to the two exoskeleton use examples: the disabled walking support and the enhanced war ability, I believe virtue ethics provides a more appropriate opinion. Although both help improve the survivability of a person, virtue ethics would take into consideration the people dying at the hand of this enhanced soldier. Because there are many different ways that human biological enhancement technology can be used well and badly, it is suggestive that there is more of a constrained limit as to how far this technology should be explored.