The 2018 International Conference on Astrobiology in Pune, India – “A Grand Success” 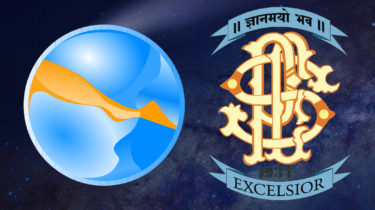 116 participants took part in the conference, with over 80 students and 30 teachers. There were twelve students who also participated in a Science Communication Contest that was held during the conference. BMSIS Scientists Parag Vaishampayan, Preeti Nema, and Siddharth Pandey were collectively involved in organizing, sponsoring, and speaking at the conference. Also, BMSIS Scientist Haritina Mogosanu delivered a talk during the meeting. Writing of the completion of he conference, Dr. R.S. Zunjarrao, Principal of Modern College Pune, claimed the 2018 International Conference on Astrobiology as “a grand success”.

BMSIS was happy to be able to provide support for the registration fees to the students who attended the conference.

This 2018 International Conference on Astrobiology served as a platform for interaction between international speakers, researchers, and academics working in astrobiology. Conference sessions and themes included general astrobiology, astrochemistry, astrobiology education and outreach, extreme environments, and astrophysical research. The final session of the conference was designed to focus on the future development of an “Astrobiology India Road Map”.

We at BMSIS look forward to future engagements with our friends at Modern College in Pune as well as within other regions in India.

The BMSIS Office of Space Settlement targets science-informed policy relating to the expansion of humanity beyond Earth. Living and working on asteroids and planetary surfaces raises a suite of ethical, legal, social and political challenges currently unaddressed  or ambiguous in existing international agreements. Read More about “Office of Space Settlement”…