Respect for the Unseen 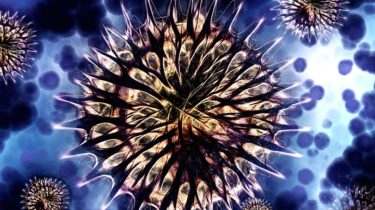 Hadeel Saad shares her ethics & society case study, which she completed as part of our Young Scientist Program.

Ethics, when defined by science, is discovering and designing a code of values to guide choices and actions for those in the scientific community. The codes created then serve as an outline for what is morally acceptable in experiments. However, many of these codes were created long ago, and our understanding in nearly every field has altered, yet our ethical codes have not. We now treat all people, regardless of religion, age, or ethnicity, with dignity. And the laws that protect humans extend to many great apes in some areas, since they may experience similarities to personhood. However to get to this point it it took years and countless of inexcusable events/scenarios to get here. Aldo Leopold, philosopher and scientist, and writer of the essay “The Land Ethic,” illustrated that “we can only be ethical in relation to something we can see, understand, feel, love, or otherwise have faith in;” however microorganisms are denied this luxury. Giving that without microorganisms we would have defective immune and digestive and no plants or air, so some respects should be shown when we poison them and disrupt their habitats.

There are those who have extreme views like Bernard Dixon biocentric viewpoint, which reasons that the extinction of any species is equal to the destruction of any other. Although this is an extreme ideology, treating living organisms however we choose has consequences. For instance, antibiotic resistance arose due to misuse of antibiotics. The overuse antibiotics fueled antibiotic resistance in bacteria, which is now creating a crisis within the medical community. To elucidate the underlying problem, we purposely poisoned and harmed bacteria, and the irony of the situation is how it is hurting us in the long run . Science has clearly demonstrated the importance of microorganisms, so when scientists are handling microorganism they should do so with extreme care not because they are often carriers or themselves infectious or hazardous biological materials but because of the intrinsic value of microbial species. We live on a planet governed by microbes. During the first few billion years of life’s history on earth, all that lived were microbes. They are responsible for diseases, digestion, the nitrogen cycle, and everything in between, so as “higher life forms” on earth owe our existence to the microbial world. So respect should be given.