How Should Creationism and Evolution Be Taught in Public Schools? 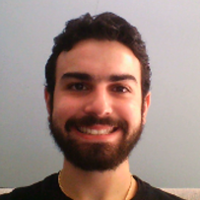 Joshua Kreisel shares his ethics & society case study, which he completed as part of our Young Scientist Program.

The topics of evolution, creationism, and their place in the public school curriculum have been one of contentious debate for decades. There are many contesting viewpoints on this issue, ranging from teaching both theories on the origins of life, neither of them, or just one. To address all of these arguments would be beyond the scope of this paper. Instead, the case will be made that both ideas should be presented to students in public schools. However, evolution should be taught as part of a science course while creationism should be taught as part of a philosophy or world religions course. Before delving into how the origins of life should be taught in public schools, it is first necessary to define the purpose of public school education. In a broad sense the purpose of public school education can be defined as providing students with the skills and information they need to be productive and successful members of society and to foster lifelong learning.

In a world that is becoming increasingly interconnected, it has never been more important to teach students about the various belief systems and cultures of the word. Upon completion of school, students are thrust into a world where they will not only have to compete with, but work with people from all over the world. As such, they should be informed of any and all religious beliefs and cultural differences they may encounter, so as to be successful in this diverse environment. Knowledge of the myriad of world views they may encounter will aid students in developing not only the intellectual capacity needed to succeed, but the emotional awareness as well. In addition to being emotionally aware and accepting of others, students also need to be informed of the scientific facts and laws that govern our world. As such, they should be taught the theory of evolution. Not teaching either of these viewpoints to students would be dishonest and put them at disadvantage later in life.

Now that it has been established that both theories on the origins of life should be taught the question remains on how to teach them. Before making the case that the theory of evolution should be taught as a science but creationism should not, it is necessary to define what it means for a theory to be scientific. The most commonly used and widely accepted criterion for determining whether or not a theory is scientific in nature is whether or not it is falsifiable, an idea put forth by the philosopher Karl Popper. That is to say, one can conceive of a test or experiment which could prove the idea to be false. By this standard it is clear that the theory of evolution is scientific in nature. It has been put through rigorous tests and the evidence in favor of it is demonstrable. However, the same cannot be said for creation science. The act of creation, as defined in creation science is not falsifiable because no testable bounds or experiments can be imposed on the creator. The creator is defined as limitless, with the power to create infinite universes out of nothing, each with its own unique character. It is thus impossible to disprove a claim, that by its very definition, accounts for every conceivable contingency. In addition, teaching creationism as a science would also open the door to teaching other belief systems that have proven to be unscientific in nature. For example, astrology would be taught alongside astronomy, pyramid power would be given equal time with modern physics, and the flat earth theory would be mentioned alongside the space program. To teach creationism as part of a science curriculum would be a great disservice to America’s youth and would put them at a great disadvantage when competing for jobs, internships, colleges, etc. against more scientifically informed and knowledgeable candidates.

While creationism should not be taught as a science, that does not mean that it should not be taught at all. Philosopher Daniel Dennett proposes requiring all children to take a world religions class at a young age, in which they are taught the facts of all major world religions. He states that they should be taught the facts about their histories, creeds, texts, music, symbolism, prohibitions, requirements, etc. and that they should be taught with no particular spin or attempt at proselytization put on it. And, as long as children are informed of other religions, they can be taught whatever creed their parents and mentors believe they should learn. The basis for this proposed policy is that informed consent is the foundation of our democracy and that a democracy with a misinformed citizenship is not worth it. This idea of informed consent is the basis of our understanding of democracy and how we treat other people as responsible, informed adults. However, children below the age of consent are unable to participate in our democracy. Thus, we have a responsibility to take care of them and ensure they grow up to become informed citizens. This means that we have a responsibility to ensure that they are informed about all the creeds in the world, not just their own or that of their parents. Therefore, in order to ensure the development of an informed citizenship and the endurance of a strong democracy, children should be taught about creationism, just not as part of a science curriculum.

In conclusion, while it is clear that creationism is not science, that does not mean it should not be taught in public schools as well. Evolution should be taught as a science, while creationism should be taught as part of a philosophy or world religions class. Teaching both views to students is essential to ensure their development into well informed adults who can function well in a diverse society.