Ethics of human reproduction on Mars 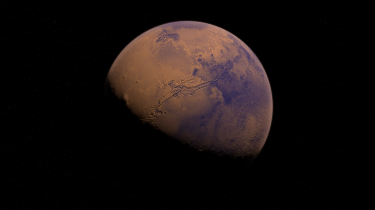 Regardless of our motivation, we must consider the ethical implications of going and settling on Mars before too many resources and people put into this effort.

The mission will undoubtedly be extremely dangerous, like living on Mars. We do not yet know what the long-term effects of living on Mars, low gravity, exposure to high radiation, and living in a confined space with a small group of people will be. What responsibility do we have for the safety of early explorers? Long-term colonization will likely involve building relationships and raising families in an environment where we have no idea about the effects of reproduction.

If we intend to colonize and settle a planet, we must also consider the concept of having children and raising generations there. Many doubts have emerged about the first baby born on Mars if it is colonized, as Mars is the first planet that comes to mind for colonization. If humanity decide to live on Mars at some point in the future, reproduction will be required to ensure the long-term viability of such a settlement (Szocik et al, 2018). Given the dynamics of the human population, a colony’s survival and expansion are dependent on reproduction. According to Chris Impey and colleagues, a minimum living human population of 5,000 individuals is required for an interplanetary colony to survive over time, and that Earth migration will not be sufficient or practicable for a Mars colony to form in the long run (Impey, 2015). However, because these calculations are based on Earth ecology, the minimal number could be higher due to the possibility of various conditions in the Martian environment, such as catastrophes, diseases, and sociological challenges. Even if no such issues arise, no one knows for sure if humans can effectively reproduce in space, either during spacecraft or on another planet.

First, it appears that reproduction on Mars can cause many obvious medical problems. Based on this, ethical and social problems of reproduction can also be addressed. In addition to the technical and medical problems that a woman who spends her pregnancy on another planet may experience, the biological evaluation of the baby’s birth and development processes and, more importantly, whether it is ethical is also a matter of debate.

The Martian surface is far from an ideal environment for a human to live. Therefore, for any purpose, the birth and development of a baby outside of the Earth will itself create a situation where that baby is the subject of an experiment. In other words, it can be started to approach this situation by considering the ethical rules applied for the subject people and then the discussion can extend to human and child right to life.

Physical challenges are not difficult to imagine, but the consequences for many are still uncertain. Since humans evolved to live in the Earth environment, it is reasonable to expect that many parameters could change in a different planet’s atmosphere and gravity, but it is unclear how and how much it will change and affect the birth of babies. We do not know how the gravity of Mars (Mars gravity is 0.38 g compared to 1 g on Earth) will affect sperm and egg. Beyond Gravity, we know that since the radiation level on the surface of Mars is greater than we have on Earth, it is expected to have some negative effects of this radiation on the sperm and egg. Even now, radiation is considered a huge problem for astronauts’ health.

There are many unknowns around how space environments affect the actual biological processes of events that must occur precisely for the growth of a new human being, from fertilization to feeding the baby. Having sex in low gravity can be a problem at first. Even if we protect the sperm and the egg, another concern is how a pregnant woman will go through her pregnancy in the Martian environment. Unfortunately, pregnancy is too risky and may pose serious hazards to women’s health. In this stressful environment, the probability of the pregnant woman miscarrying will be very high.

It is unknown how pregnancy would be influenced by microgravity symptoms, for better or worse. While the development process of the baby in the womb may progress differently in a different gravity environment, it will be important for a pregnant woman to feed, get enough oxygen and clean water, as is the case for the whole colony.

Nonetheless, the fact that a baby can be born on Mars is both ethically and biologically critical. Furthermore, two different ethical theories, consequentialism and deontology & virtue ethics, can be used to explore the ethical elements of medical difficulties. While deontology proposes that actions are moral or immoral based on a set of principles, consequentialism claims that right and wrong are determined by the outcomes of an act, and that the more good consequences created, the better the act.

These children will be born on a foreign planet and in a different community than those on Earth. Will this community follow the social, ethical, and moral principles that govern Earth? It’s possible that a new order established on a different planet will have its own set of rules. Giving birth and raising a child in a setting where its body would struggle to adapt naturally may not be acceptable according to the ethical principles we have established on Earth. But, if we start choosing Mars-friendly features in newborns through genetic engineering, a new human subspecies could emerge. They’d be suited to the conditions on Mars, whereas life on Earth can be challenging for them. Which may be more morally acceptable, but still, it will not be easy for us to know all the lifetime effects of the Martian environment on a human body. This situation brings with it a permanent risk.

Just like a baby being born on Mars, sending frozen embryos to Mars and studying their development, or just sending them to the ISS, poses ethical problems. Without looking at how an extraterrestrial environment affects the embryo and development, without examining the DNA damage, we can think that the birth of a baby in a Mars colony is a very remote scenario. Mice, rats, salamanders, frogs, fish, and plants have been the subjects of experiments looking at how spaceflight affects reproduction, however, it does not seem very effective to study the reproduction of a human colony that would live on Mars without using humans as subjects. Some scientists think that we have to do this eventually, and that someday we may need to do these experiments despite these ethical problems, even if there is a possibility of putting an individual’s life at risk.

If we have to do this, we can summarize the ethical, biological and social challenges we will encounter. Four challenging topics on social, biological and ethical aspects of reproduction in Mars as discussed in Szocik et al. (2018) are; Value of human life, Abortion policy, The problem of value and artificial genetic engineering.

The first topic explains why a baby born on Mars can be viewed as a subject. It’s because we do not practice and support individual sacrifice for the benefit of our society on Earth. Our perception and approach to morality does not seem to support this. Laws and rights primarily protect the right to life. According to deontology, these moral rules must be universal. But the moral rules on Earth may not be valid on Mars, and as mentioned before, the Martian environment may need new moral rules. The reason for this is assumed in the article as follows; In a small mission crew in an environment so contrary to human biology, the value of the group increases over the individual. For example, policies will allow for issues such as abortion in deep space missions, euthanasia of terminally ill patients, or the sacrifice of individual life to benefit the group.

The right to abortion is still a situation that varies from country to country and from culture to culture. However, in recent years, abortion has ceased to be seen as a crime and as a right that women have over their own bodies. Considering the Martian environment, it is predicted that abortion will be seen as a right. This is because a pregnancy in an environment like Mars can pose a threat to the mother’s health, or the baby is more likely to develop health problems in the womb. In this case, in the framework of consequentalism, it makes sense to apply abortion unquestionably because the consequences would be harmful to the group if the baby was born with a disability or permanent health problem.

We still do not know how moral patterns on Mars will progress and what moral values ​​can be developed. However, as mentioned in the article, it is predicted that the Martian environment will make huge changes on moral values, which leads to the conclusion that the moral values ​​we have on Earth may not be valid there. A baby who will be born on Mars will live with very different moral values than on earth. Even before this baby is born, these moral and ethical rules will decide whether the baby can be born or not, which individuals can reproduce and which ones cannot. Colony members who will want to breed on Mars will accept that they should give up this baby when necessary.

Moreover, in a prolonged Mars mission or in a Mars colony that will involve reproduction, artificial genetic engineering can be used to benefit the general population of future members of the population. As stated in the article, miscegenation is a key factor for a healthy and long-lasting human colony on Mars. This, in turn, may be necessary in a Mars colony, while many brutal events have resulted in human history according to our moral rules on Earth. This shows how challenging the new moral and social structure can be.

As one might anticipate, different ethical frameworks might treat each of these situations differently. While deontology or virtue ethics is concerned with which action will be implemented in practice, consequentialism is concerned with whether the action will make life easier for the group and help them achieve their ultimate aim. A deontologist would probably oppose abortion, whereas a consequentialist would watch out for the group’s greatest advantage and favor abortion if it is required (Different consequentialist theories differ in how they define moral goods, but in our case we can consider it as the absence of pain and general good). If the first Mars settlement follows the same ethical principles and frameworks as our planet, it will certainly spark several debates, particularly amongst deontologists and consequentialists. As previously stated, the Martian environment will require modifications in moral ideals due to the planet’s numerous restrictions. All of this appears to cause them to prioritize the group’s members and their health. This implies that all activities will be driven primarily by their effects on the group’s well-being, indicating it will be closer to consequentialism.

Berfin completed her research on molecular dynamics and evolution in 2021 at Blue Marble Space Institute of Science under the supervision of Omer Markovitch. She is a first-year graduate student at Boğaziçi University Institute of Graduate Studies in Science and Engineering, Istanbul, Turkey.