Ethical Considerations of Altering Mars and Other Planetary Bodies 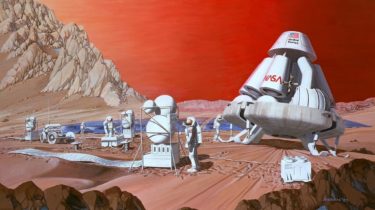 Tara Vega shares her ethics & society case study, which she completed as part of our Young Scientist Program.

While studying the various factors that go into allowing permanent human settlement on Mars, I repeatedly came across many possibilities of contamination. Carrying plants, microbes, water etc., within spacecraft landings to Mars all harbor the possibility of contaminating the red planet. I use not the term contamination as negativity, but more as the result of no better way to explain such an event. Basically, allowing by accident or purpose, Earth microorganisms to begin settlement on another planetary body. And with this potential event, do we run into ethical issues.

Mars, with our current intel, is a lifeless planet. We have sent out countless missions to explore, send back photos and bring back samples, yet an official observation of life has yet to be made. As a result of this, we see mars as lifeless, keeping in mind, we have yet to explore all parts of the planet. Continuing with our exploration, we have shipped off different probes, cameras, landing gear and will eventually send humans, to interact with the environment. All embrace the possibility of a one- way ticket for particular microorganisms.

Mars is far from around the corner and the composition of space is less than inviting. Since humans would not survive such a trip without the comforts of a spacecraft, it’s normal to think microbes and other life would also need such conditions for the trip. But as it turns out, there are some microbes that not only survive the elements of deep space but can thrive, reproduce and be otherwise perfectly content. Take for example tardigrades, also referred to as “water bears”. I encourage you to look up these microorganisms for yourself as their appearance is quite entertaining. Tardigrades, along with some others, have been observed in the environment of space and are seen to be quite satisfied carrying on a normal life under such conditions. Knowing this leads us to believe that microbes that may make it past decontamination could ultimately make the entire trip to Mars or other terrestrial bodies piggybacking on the spacecrafts themselves. So what happens upon landing? Microbes over time could make their way off the spacecraft and start exploring and making use of their new frontier.

Now the environment on mars is nothing like earth, very cold, very low in oxygen, high in carbon dioxide and provides little protection from harmful solar radiation. But, we know that microbes can make use of all sorts of elements and compounds as a source of energy under limiting environments. Also, many microbes can withstand intense radiation. Many Earth microbes thrive on thermal heat vents which are of the most extreme environments on Earth. Microbes can be very resilient, which leads us to believe that upon contamination of mars, these may have the potential to thrive and expand colonies.

Mars is the main topic for my thoughts mainly because this is what I have been studying the majority of this year but these ideas are meant to coincide with all planetary bodies. Our home includes Earth and the entirety of the universe and we should feel the ethical duty to treat it as such: our home.

So, is contamination a threat? What would it mean for Mars specifically? If we think about the history of Earth (4.5 billion years of age), it went a long time with no recognized life (~600 million years) and an even longer time before seeing multicellular life (>1 billion years). Life since then has brought on many changes to Earth and without these changes, it would not be recognized in the way it is today. Without knowing exactly how life came to be, it is possible that contamination from other planets is how our life began anyway! Say we accidently allow microbes from earth to colonize Mars, as we have observed all life here on earth, life evolves. Starting with single cellular life, we now have immensely complex animals such as ourselves. What happens if this process is repeated, of course in a very different way, but an evolution of “aliens” caused by us. Is this something to be concerned about? Knowing it took our earth upwards of billions of years to evolve intelligent life, this is so far in the future for a currently lifeless planet and it is not even guaranteed that such events could take place in different environments. Do we worry about the possibility? What if this is how life on Earth evolved? Maybe an alien species came to our Earth billions of years back, to say, mine for something, and accidently contaminated Earth leading to it as we know it today. Would we thank them? What if laws were in place to prevent that event from happening? Then our species would cease to exist, life on earth as a whole may cease to exist so is it really so bad to possibly kickstart the evolution of life on another planet? In my opinion, such preventative precautions may be unnecessary. As long as life is not known to be present, I believe potential contamination of a lifeless planet would not go against any morals we uphold. The sheer amount of time it would take for any of Earths microorganisms to expand their colonies and so called “take over” a planetary body, would take more time than human existence itself has remaining. We may have a duty to preserve life and planets in their natural existence but with properly planned interference, we should be able to uphold these morals and also continue exploration.

Now onto the question of, what if while we’re on Mars or another planet, after being there for some time, come across “life”? May not life be as we observe it on earth, but something that if left undisturbed may evolve into its own form of life. What happens in this event? If we are already so invested in a planet and come across such life that with continuation of development, may alter, or otherwise destroy its existence, are we more obligated to protect it; to leave our work? Do we help the species or do we leave it alone entirely? This has not so much to do with contamination but rather alteration. Maybe we make an observation of this alien life and recognize a few things that could be done to help it develop into a more complex species, maybe something that we could live alongside or make use of. This in my opinion would be an interference that we should have no part in. We have no ethical reason to interfere in the natural development of species on other planets. Something we may observe as help to a planet, may in fact bring upon the extinction of a potential species that may have been essential in the future for the fate of our universe. The risks of long term negative ramifications in this case seemingly outweigh the short-term positive. I don’t, however, see a problem with taking samples of life from planets and trying to alter it on our own off the planet as long as we know were not taking away a crucial amount of its lineage. Using small samples, we could harmlessly study the potentials of use with this life, seeing what alterations could benefit us. But to potentially kill off an entire species by interrupting its natural development, is something that should be out of the picture.

It would be quite difficult, to begin work on a planetary body believing that life was non-existent only to come across life after it was too late; after accidental contamination had taken place. An event like this would be irreversible, as we could not extract all the Earth microorganisms. A potential direct competition of an Earth and foreign species could lead to so many outcomes, some positive, some not so much. This is also an issue we see here on earth, bringing back samples from asteroids, planets etc. This is an equally important topic, and equally important to take precaution with. We don’t know the potential that alien microorganisms may hold and must take extreme precaution when observing these foreign objects here on Earth. Wanting to protect our species from foreign invaders is an example of a form of ethics known as consequentialism; what we see as right is based on the consequences of the act.

Ethical issues bring together defining concepts such as right and wrong, good and evil and moral duties. We must take a step outside our selfish tendencies and think about what potential planetary alteration could mean. Is there a definite line between right and wrong when talking about these potentials? Are we just looking out for the benefit of our own species? Does an ethical issue arise with a selfish mindset? Our Greek philosopher Socrates was a front runner of what we refer to as “virtue ethics” in which we discover our moral character and base decisions off this. Emphasizing virtue which is morally good behavior. But again, have we come up with what is “virtue” for such circumstances? According to Socrates, people will naturally do what is right but only if they know what right is. And what is right may be a complicated answer.

NASA has gone ahead and put forth a few planetary protection policies that include preserving other worlds in their natural state & avoiding biological contamination. What this shows is that it is agreed that respecting the natural way planets are evolving is a crucial concept and something we should take into consideration before landing, planning, and colonizing on new terrestrial bodies. We must make decisions, knowledgeable & mature, before the opportunities for planetary alteration present themselves. If life does exist or presents itself during a mission, we should uphold what I consider to be our ethical duties; allow life to continue as it may.

Existing life, widespread contamination leading to Earth microbe take over and terraforming are among important circumstances that must be taken into consideration before any mission is to be set. But as I see it, missions can continue ethically, with precaution, and as long as we are not permanently disrupting the natural order of life. Only then can we continue to delve deeper into the secrets of space.