In the 1500s, Spanish explorers traveled across New Mexico searching for fabled cities of gold. They never did discover a city of gold, but one thing they did find was a treacherous, sprawling,  ancient volcanic landscape. They marveled at the land laid before them, and the sheer variety of basaltic formations and remnants of past lava flows made the place an absolute pain to navigate. Such a pain in fact that Spanish mapmakers named the barren volcanic field El Malpais, meaning badlands or “the bad country”. I too would have preferred a city of gold, but El Malpais really isn’t that bad.

El Malpais defines a 100,000 acre landscape of breathtaking volcanic features such as basalt flows, cinder cones, and caves. The other volcanic structures are all well and good, but if you’re like me, the word ‘caves’ is what catches your attention. Something I’m sure we all know: caves are objectively, scientifically proven to be really cool. Well, for the average cave appreciator El Malpais is a goldmine, boasting all sorts of beautiful caverns and snaking lava tube systems.

But how exactly did these caves form? Well, as large lava flows gushed out of the earth, the outer layer of the flows began to cool and solidify. This created walls around the lava flow, forming a kind of pipeline. The inside of the flows remained liquid, and continued flowing. Much like liquid draining from a straw, this leaves behind a hollow tunnel referred to as a lava tube. The El Malpais region was absolutely brimming with ancient volcanic activity, and so it proved to be an excellent environment for the formation of these lava tube caves.

Though many caves have been formed in El Malpais, they tend to just start falling apart. Lava tubes in particular are susceptible to weathering and roof collapse. As a result of staggered volcanic flows throughout the history of the El Malpais region, these lava tubes can be found in a variety of conditions. Many of the lava tubes have been reduced to simple archways or short passageways, while others remain as grandiose geologic spectacles.

Because of their tendency to undergo ceiling collapse, skylights are a common feature in the lava tubes of El Melpais. One of the more well-known caves in El Malpais is Four Windows Cave, the name coming from the four skylights in the cave’s ceiling. It was formed from a lava flow that took place around 10,000 years ago. That would be impressively young as far as your average cave goes, but as far as lava tube caves go, that’s impressively old. It hasn’t fallen apart all that badly and can be explored for quite a long ways. Caves are well insulated environments, and Four Windows Cave is kept cool for most of the year. Arrays of icicles can usually be found lining its walls, with rounded formations of ice completely covering the floor as one moves deeper into the cave.

The diversity of environments found in the lava tube caves doesn’t stop there. The sunlight let in through skylights lead to the growth of moss gardens, the biggest of which belongs to the largest lava tube in El Malpais – Big Skylight Cave. Big Skylight Cave has a big skylight, so you see, the name is very clever. The moss gardens are particularly sensitive, calling attention to the idea of  “take nothing but pictures, leave nothing but footprints” – a practice that should always be taken seriously in caves. 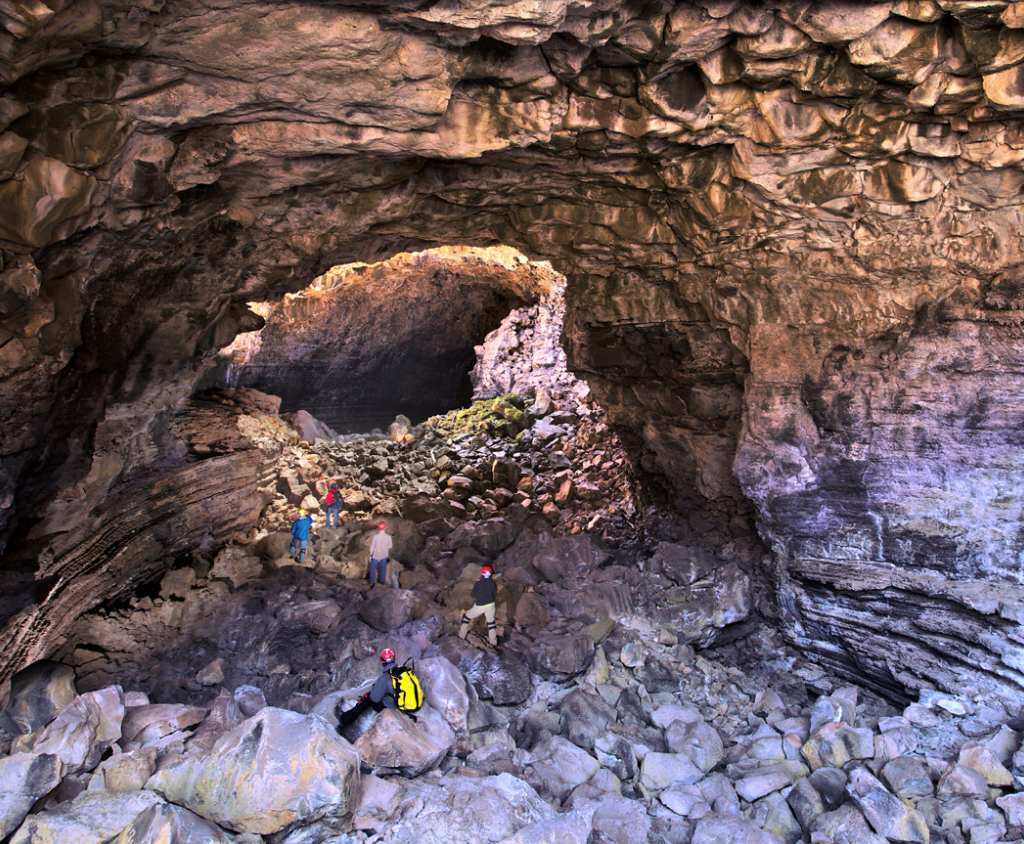 Ok, now we know a little about lava tubes and a few of the varied cave systems of El Malpais. However, magnificent natural monuments like El Malpais are always likely to have important cultural history which can easily be overlooked. The land was noted by the Spanish as unlivable, but apparently Native Americans didn’t get the memo and they discovered ways to settle on the land and take advantage of its natural resources. In fact, archeologists have determined that people have been interacting with the area for over 10,000 years. The caves were used as refuge, and they collected water from the ice that formed in the caves as it melted. Petroglyphs have been found scattered here and there, and the ancient lava flows proved to be culturally significant to the Zuni and Acoma peoples.

As a result of this Native American history, El Malpais is not only an impressive geological site bristling with volcanic cave systems, but an important cultural site as well. El Malpais highlights that caves are not only geologically impressive, but the unique landscapes they create have been inspiring awe and wonder in humans ever since we were around. There’s just something so exciting about giant holes in the ground! 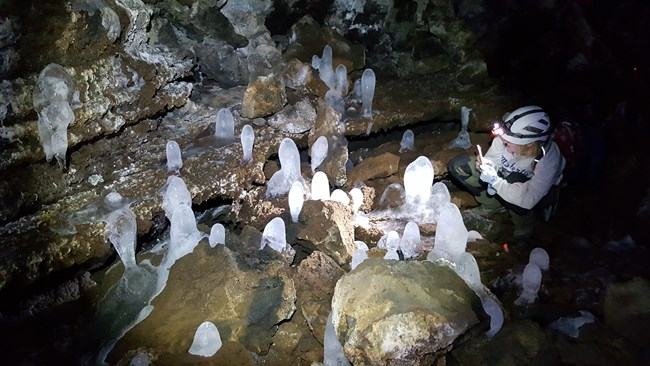 To learn more about El Malpais, refer to the National Park Service: https://www.nps.gov/elma/index.htm

Daniel Runyan is an undergraduate at New Mexico Tech. He is a Research Associate for the BMSIS Young Scientist Program and a Communications Intern for the National Caves and Karst Research Institute.