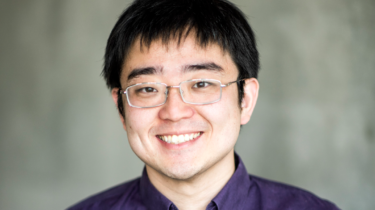 From exploring protein structure to promoting astrobiology in Asia

Humans are born curious and naturally inquisitive. We tend to want knowledge of how things work around us. But while many of us often ask “how” things work, it seems like only a proportion of people dare to ask “why”, even though the latter is both intellectually stimulating and challenging at the same time. Finding out why something works the way it does or “why we wonder why” takes courage. Dr. Tony Z. Jia is one of those unique individuals who has dared to ask “why” in his academic career. For instance, understanding how and why life started on planet earth has become a lifelong passion for him, especially as approached through science and mathematics. For example, in mathematics, when you solve any question you get an answer, it’s like getting a reward after learning a new concept. As a child, Dr. Jia always thought science is fairly easy to understand because you can expect to see certain results.

Currently, Tony is an Assistant Professor and lab manager at the Earth Life Science Institute in Japan as well as a research scientist at Blue Marble Space Institute of Science. His main areas of interest are following prebiotic chemistry, astrobiology, DNA/RNA sequencing, nanomaterials/self-assembly, and membraneless compartments. His research focuses include self-assembly of molecular structures, membrane-free protocells, and DNA liquid crystals – all in the context of the origins of life.

He recalls his first research project. Roughly thirteen years ago, he explored the structure of a specific protein and how it could be expressed. As that protein was important in chloroplast and its signal recognition particle, it helps the cell to send signals..He also studied how scientists use different biochemical techniques to produce different proteins, with the goal of  finding the correct technique to be able to make that protein he was studying.

“We already know that a cell is a basic unit of life, I want to understand why a cell is a basic unit of life and how does it work?” says Dr. Jia. One of his main interests is astrobiology and one of the ways a chemist can contribute to astrobiology is to understand prebiotic chemistry and how the first life could have emerged and evolved. Dr. Jia explores how the first biomolecule could have assembled. His research work focuses on bridging the gap between prebiotic chemistry and modern biology by understanding primitive cell structure. He explains, in order to really understand the primitive cell compartment structure one very important step is to understand how life emerges in the first place.

Dr. Tony Z. Jia was born in China and raised in Chicago, USA. He received his bachelor’s degree in chemistry and business, economics and management from California Institute of Technology in 2010. For his master’s degree in chemistry, he went to Harvard University, one of the most prestigious institutes in the world, in 2012. Dr. Jia then pursued his Ph.D. in chemistry from Harvard university in 2016.

Beyond his research ventures, Tony is actively working on promoting astrobiology in Asia. He recently founded the Astrobiology Society of Asia-Pacific (ASAP) along with his colleagues. The mission of ASAP is to serve as a network to connect scientists in the Asia-Pacific region who are interested in astrobiology. Tony says this will allow researchers in astrobiology in Asia to be able to develop a more cohesive community, especially since there aren’t currently any large research programs or funding agencies in astrobiology in Asia. Another aim of ASAP is to facilitate the organization of astrobiological science meetings in the Asia-Pacific region. Dr. Jia has done remarkable work towards promoting astrobiology in Asia. Tony is a four-time attendee of AbgradCon, the Astrobiology Graduate Conference – a meeting intended for developing community and sharing research in astrobiology aimed primarily at graduate students. Tony has noticed that AbGradCon has nearly always been held in America (as the meeting is funded by NASA), but, due to this, he suspected that Asians are missing out on the opportunity presented by the conference. Due to his efforts and hardwork, the next AbGradCon will convene in Asia for the first time.

Dr. Jia has had a very unique journey.. He adds that research is certainly not an individual effort, and often done in teams. It’s important to find and make connections, especially with people with complementary skills, so that we can work together to solve interesting and important problems. He’d like to thank everyone who has either worked with him or has supported his research in any way up until this point.

Rabeea Rasheed is a Visiting Scholar at BMSIS. Rabeea is a science communicator and educator at Lahore Grammar School in Pakistan. She is also International Committee member of NoR CEL.