A History of Science Communication 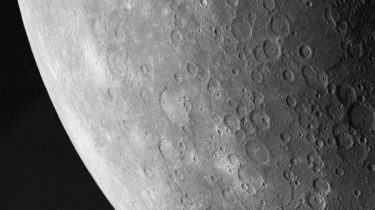 Recently, Blue Marble Space Institute of Science held its internal BluSciCon event. This virtual conference gives interns in the Young Scientist Program an opportunity to practice presenting research to their mentors and peers. One of the goals of the Young Scientist Program is to educate students in the techniques of presenting complex subjects in an easy to understand format. As we begin to enter an exciting new era for humans in space exploration, the need for effective science communication is a common theme. While engaging a general audience about science is certainly an art form, it cannot merely act as entertainment. It also must serve a purpose in inspiring a call to action. By looking back in history, science communicators can observe how science communication has developed into what it is today, and learn how to become more effective in a rapidly changing world.

We will never know the true origins of science communication. There was once no doubt a time when some Homo sapien looked up at the night sky, noticed something different, and shared what they observed. While many cultures all over the world have sought to sort out their place in the natural world, we can follow the history of science communication as we know it today by looking back through Western History. Our most traceable starting point for this is with a group of individuals known as the Presocratics. This encompassing term referred to many different ancient Greek philosophers who lived before Socrates. The notable and important reason to start here is that not only did they seek to answer thought provoking questions about the nature of existence… They wrote their ideas down.

600 – 400 BCE was a particularly saturated period of time for Presocratic thought, as many Greeks at that time practiced Natural Philosophy. This meant they observed the natural world around them to try to answer fundamental questions, ones that we continue to try to answer to this day. What is “stuff”? Why are we here? And while they did not formulate testable methods to answer these questions, Presocratic philosophers were forward, modern, leaders in trying to develop hypotheses as to why things are the way that they are. With this, they also began to develop some standards of how to present and challenge each other’s thoughts, which we can point to as the foundation for today’s modern scientific method.

Once a Presocratic philosopher developed what they thought was a satisfactory hypothesis, they would share their ideas with fellow teachers and students. These collective groups of people were known as Schools of Thought. They would agree or disagree with a particular philosopher and would engage in rational debate with differing groups in a public forum. These debates expected ideas to be supported by logic, reason, and observation. Through the medium of public debate, they also, in their own way, started the concept of science communication. However, after the ancient Greeks, we observed a significant shift in humans’ ability to be able to engage in philosophical thought and open dialogue, as conquest and basic survival became priorities within the Western world.

The progression and development of scientific inquiry devolved as pushes for power and control brought near constant warfare to the European and Mediterranean parts of the world. A common tool to exert power was the use of religion, and with that in the Western world we see the rise of Christianity, notably the Roman Catholic Church. Since many of the Presocratic ideas were contrary to the beliefs of the Roman Catholic Church, texts from many earlier thinkers were banned, amongst many other writings that promoted inquiry and free thought. Had it not been for the Arabians who sought to preserve many ancient writings, the notable ideas of the ancient Greeks could have been lost to history. This is a time when not only science, but literature, education, and public health suffered a major regression. Scholarly thought was occurring, but at a heavily restricted rate during this time of the Early Middle Ages.

Over time, economic stability, freedom of religion, and the drive for exploration arose in the Western world. This shift can be thanked for a resurgence of scientific inquiry, and with that a natural progression of a need for science communication. We see this rise start notably after 1500 CE, when the control of the Catholic Church began to lose its grip. Information and education slowly started to become more accessible, yet still relegated to the upper classes at that time. Officially, the standards for modern science and the rise of the modern scientific method can be credited to the Royal Society in London, founded in 1660 AD. There, like the ancient Greeks of long ago, they would gather together and debate their ideas. As the Western world began to expand westward to America’s, education became even more accessible, and we see an explosion of science and innovation from that time.

With each dawning of new technology, there has always been general public push back. We have seen this since the inventions of cars, airplanes, and more recently, private space industry flights. There however have been key modern moments where, instead of rejection, we have seen excitement. An example of this is 1939’s World’s Fair in New York City. One of the greatest science communicators of the 20th century, Carl Sagan, pointed to attending this as a significant turning point in his love of science. At this World’s Fair, the promise of the dawning of a space era was a predominant theme, before any human had yet gone to space and televisions were just becoming commonplace. Yet astonishingly, a mere 30 years later, 530 million humans tuned in to watch the first human walk on the Moon. The advancements of science during these times were communicated in modern, captivating ways, ways in which communication today can learn.

Today we continue to try to catch our breath as technology rapidly innovates, notably now in areas such as space exploration, biotech, and artificial intelligence, to name a few industries. We continue to see push back from the public trying to understand the value of it and with that comes opportunities to better hone our skills to become effective communicators. From history, we have learned that discourse, freedom of expression, and a society that sees the value of science is how we will continue to progress our field. We must learn to utilize modern techniques to engage the public into a call to action, no different than communicators before us. Hand in hand, we must effectively communicate to foster our own receptive audience. Just as the participants of the Young Scientist Program learned with their BlueSciCon presentations, this comes with experience and practice. Ultimately, we must share our knowledge with passion, for it is only with authenticity and heart that we can truly inspire to bring forward the next generation of scientists and science communicators.

“Sagan’s Youth and the Progressive Promise of Space : Carl Sagan and the Tradition of Science : Articles and Essays : Finding Our Place in the Cosmos: From Galileo to Sagan and Beyond : Digital Collections : Library of Congress.” The Library of Congress, www.loc.gov/collections/finding-our-place-in-the-cosmos-with-carl-sagan/articles-and-essays/carl-sagan-and-the-tradition-of-science/sagans-youth-and-the-progressive-promise-of-space.